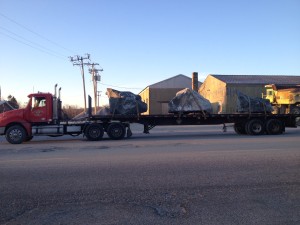 Camp Cronin
PJK was awarded a $1.7 Million contract for Armor Stone from RC&D, Inc. of Pawtucket, RI for the Shoreline stone revetment at Camp Cronin fishing area in Narragansett, RI & emergency repairs to adjacent East Shore Arm Breakwater of the Point Judith Harbor of Refuge Federal Navigation project. The existing shoreline and breakwater were both damaged during Hurricane Sandy in October 2012. The shoreline revetment work tasked to construct the revetment involve excavation, furnishing and placing underlayer stone (up to 2,600 pounds per stone), 2 ton stone (up to 2.2 tons per stone), armor stone (up to 12 tons per stone), as well as other gravel and filter material. 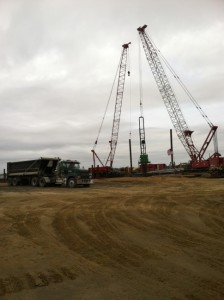 P.J. Keating Company is working with Cashman Dredging & Marine Services and Weeks Marine to build a Marine Commerce Terminal out of New Bedford, MA. We have supplied over 184,000 tons of 3" minus aggregate material through the end of August, 2014 with 90,000 tons of 3" minus, specialty riprap in multiple sizes, and 1 1/2" dense grade remaining. When this project is completed, it will be able to support offshore wind turbine deployment and handle some of the largest marine and industrial cargo in North America. 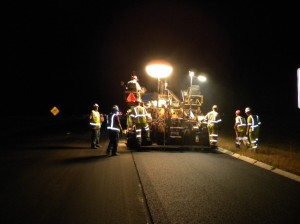 Route 140, Freetown – Taunton
P.J. Keating Company has been awarded the $11 million MassDOT Route 140 Freetown-Taunton Project. This project will not only repair the structurally deficient bridges along this section of Route 140 but also repair drainage structures, granite curbing, and the asphalt wearing course. This reconstructed section of Route 140 will create a safer highway for the Commonwealth of Massachusetts. 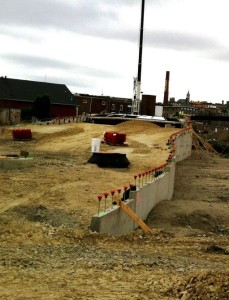 P.J. Keating Company is working in conjunction with Barletta Construction to rebuild the Braga Bridge and Route 79 in Fall River, MA. This project will consist of two new roadways to improve traffic flow to I-195 and around the waterfront. A complete overhaul of the Braga Bridge’s “spaghetti ramps” will enhance safety and access. P.J. Keating Company is tasked with supplying almost 300,000 tons of 3" minus for their structural base as well as providing the paving services for this project.

Our most valuable asset is our people excess of 300 employees during construction season.