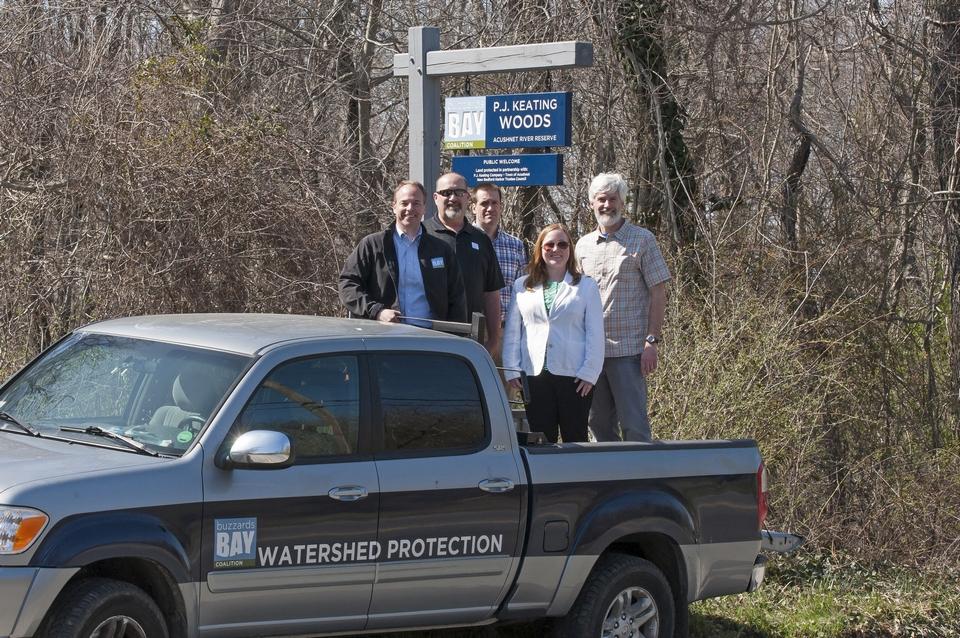 “They had a lot of other options for what they might have done with this land,” said Mark Rasmussen, president of the Buzzards Bay Coalition. “I really credit the leadership at P.J. Keating for being that good of a community partner here.”

Rasmussen said it was a long time coming. The coalition reached out to the Lunenburg-based company with a quarry and asphalt plant on South Main Street about the partnership because it owned one of the larger blocks of forested land along the Acushnet River, according to Rasmussen. P.J. Keating Co. is a leading manufacturer of construction earth products and installer of hot mix asphalt.

“The P.J. Keating Co. is deeply invested in the Acushnet community, and this collaboration has allowed us to give back in a way that benefits the river and the environment,” said company President Jonathan Olson, in a statement. “We’re proud to do our part to save Buzzards Bay by partnering with the coalition.”

The New Bedford Harbor Trustee Council funded the $25,000 purchase and associated transaction costs of the 21 acres, according to a news release. The council oversees the restoration of natural resources that have been affected by PCB contamination in the New Bedford Harbor.

The 21-acre property called P.J. Keating Woods has mixed upland forest and wooded wetlands with a view of the Acushnet River. Over the next few years, the coalition is set to develop trails at the property for public use.

Rasmussen said the coalition wants to open the property to the public when it develops a continuous trail system. The coalition is looking to acquire more land in the area to expand trails, with P.J. Keating Woods serving as an entrance to the overall reserve.

“This will be one of the front doors to the Acushnet River,” the coalition’s president noted. Preserving the riverfront land also helps to protect and restore the health of the river and its wildlife habitats..

P.J. Keating Woods is a significant addition to the Coalition’s Acushnet River Reserve, according to a news release, which is a growing network of conservation land along the river including LaPalme Farm on Blain Street and The Sawmill on Mill Road.

In March, according to a report from the coalition, in partnership with Mattapoisett, Fairhaven, Marion and Rochester, it permanently protected 1,468 acres of forests and wetlands in the Mattapoisett River Valley between 2001 and 2016, an average of 98 acres per year, to protect local public drinking water supplies and prevent new sources of pollution to Buzzards Bay. Of the total 1,468 acres, 35 acres or two percent, are located in Acushnet.

I first wanted to start out by saying thank you for all of your support with the charitable donations throughout last year. We understand that it is asking a lot of everyone to make donations or clean out your closets each month. I am sure like myself you are asked to donate to several different charities or fund events throughout the year on top of having your own charities that are near and dear to your hearts that you make donations to or help out in some way. So with that said, thank you for any and all of your donations. Every little penny or item helps out!

Award Ceremony – The Lunenburg mechanics garage won the July CORE Award for their outstanding effort in keeping the garage 5S approved and in excellent condition. Don Whaley, Roger Ross, Bob Richard, and Bernie Cann were all appointed the task of making the garage up to standard with the 5S rule. Not only did they achieve the 5S, but the garage has been 5S approved throughout the production season and it is because of their consistency that they are the CORE Award winners.
Don, Roger, Bob, and Bernie were presented the award on Tuesday July 26th by President of PJ Keating- Jonathan Olson, Aggregate Manager- Maurice Langlois, Lunenburg Site Manager- Roy Ward, and Safety Professional- Pete Burgio.

Congratulations to the Lunenburg garage team! 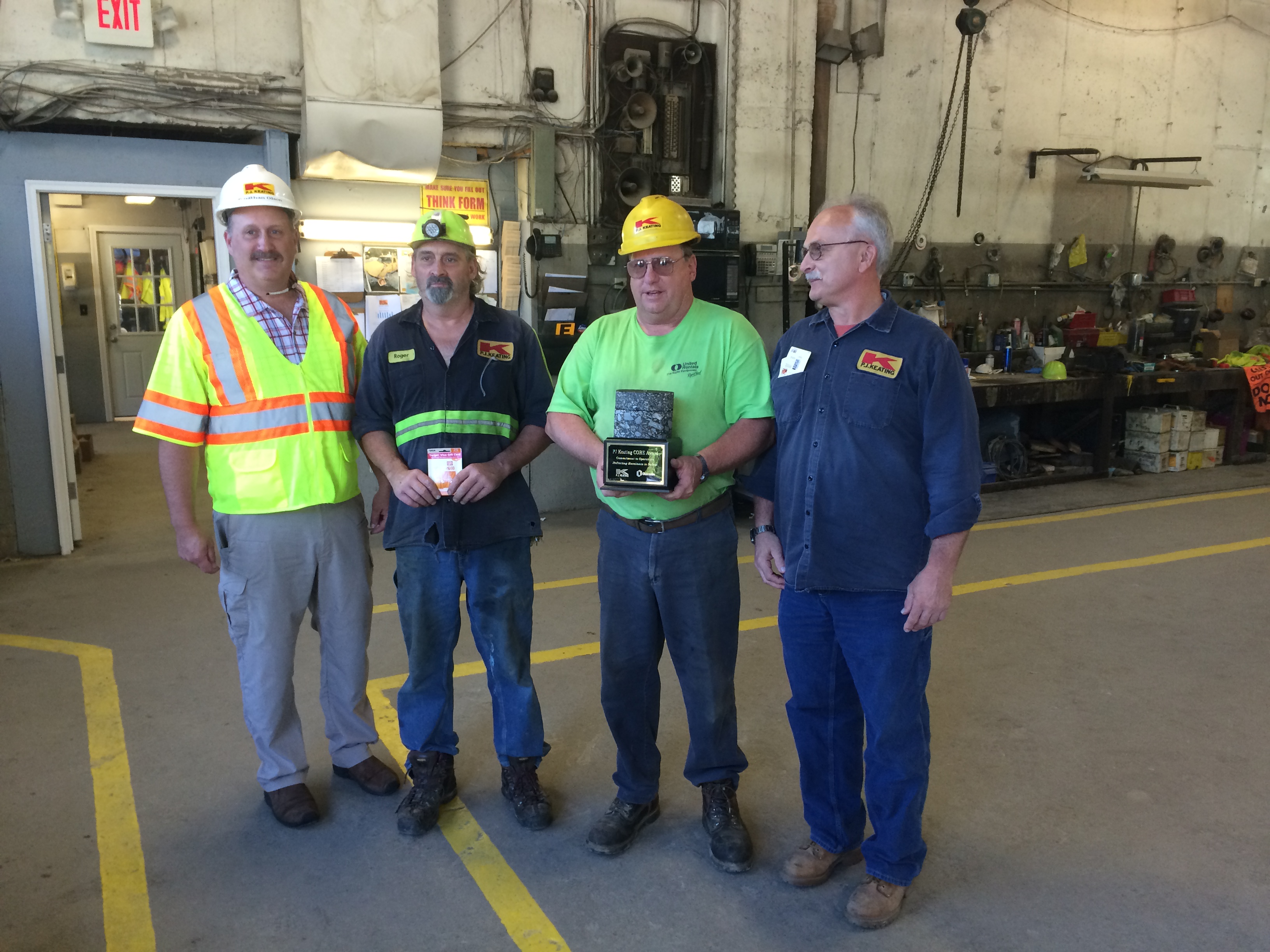 PJ Keating has worked two million hours without a lost time injury. I would like to congratulate each and every employee on your commitment to working safely every day. This is a significant achievement, and one to be proud of. We have received an award and a commendation letter signed by Randy Lake, Charlie Brown, John Keating, John Parson, and Lee Cole, stating “This type of achievement doesn’t happen by accident and requires intense focus and commitment by the entire organization. The example you set is a great encouragement to all of us throughout Oldcastle and one we’re pleased to share – you’ve proven that it’s possible to create an environment that is free from significant injury. Every one of us on the Oldcastle Materials team has made a personal pledge to accept our role in building our safety culture – “When I SEE something I will STOP and Do something”. Thanks for exemplifying that commitment and challenging us to get better.” 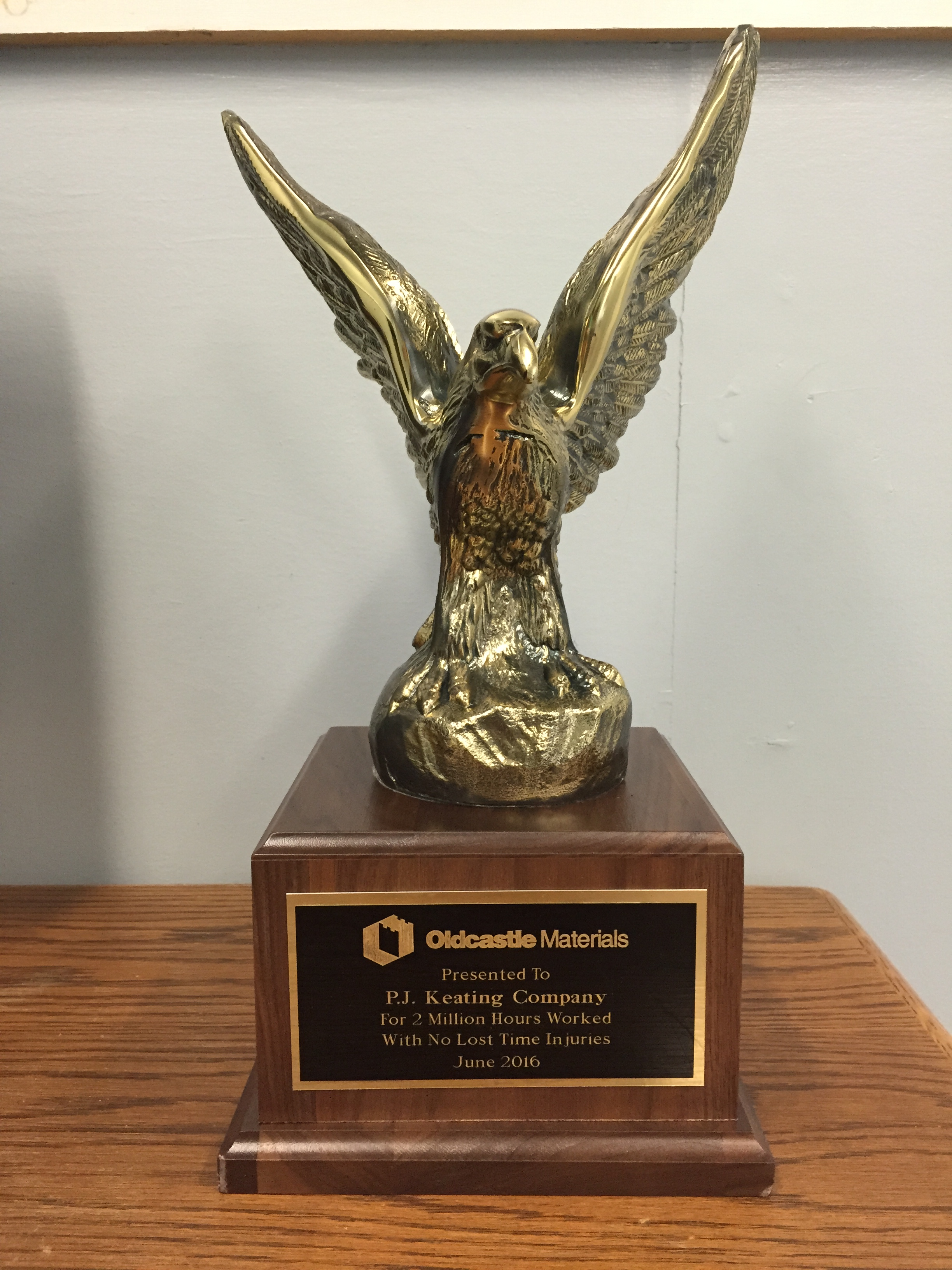 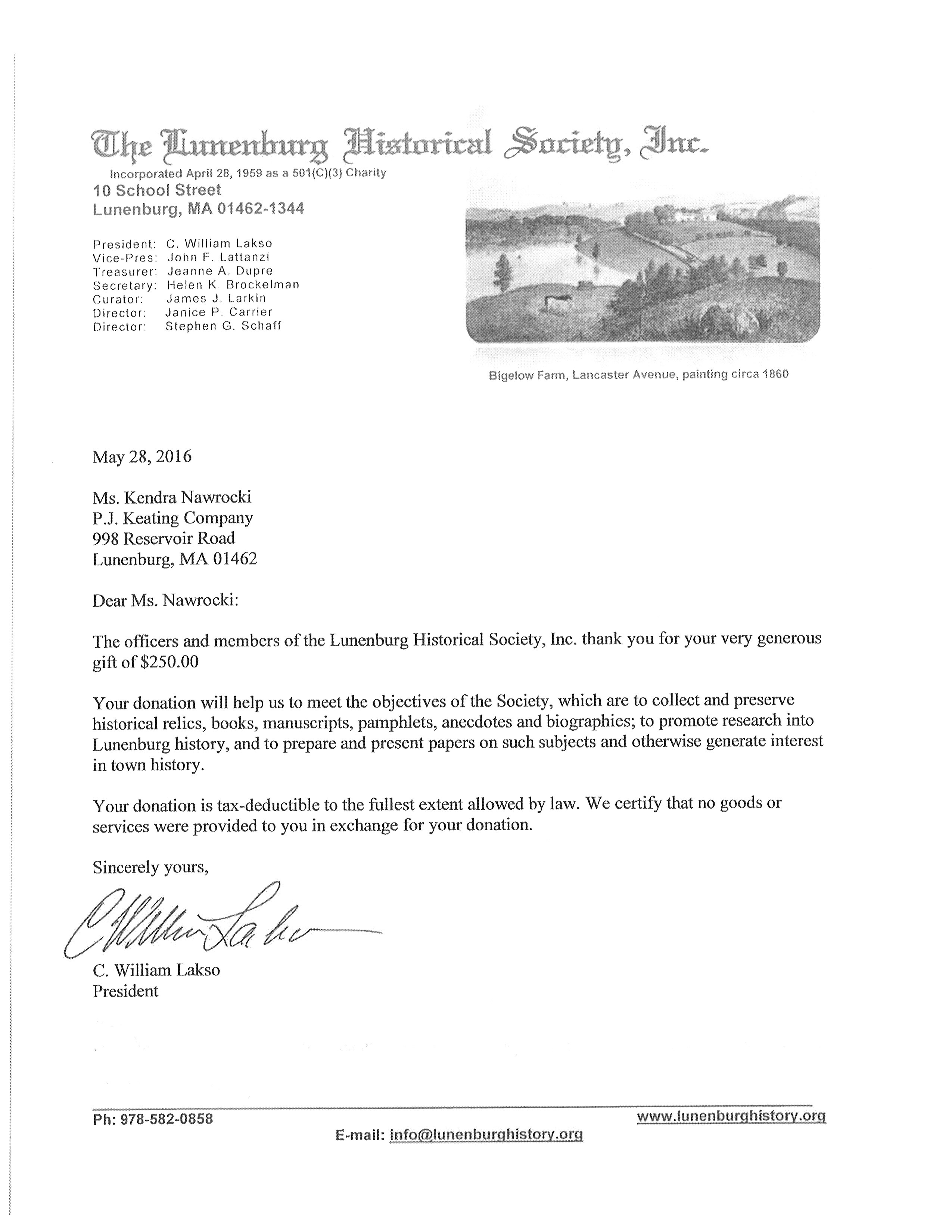 Today we were presented with this beautiful and much appreciated plaque for our donations of stone dust to the Andrew McCann Scholarship foundation. The Andrew McCann scholarship foundation has received over 80 loads of stone dust to replace and repair the ball fields in New Bedford. Andrew McCann Scholarship Foundation is committed to help the youths in the City of New Bedford have a fun, safe place to go to stay off the streets and provide financial assistance to those families with at risk youths who are in need. 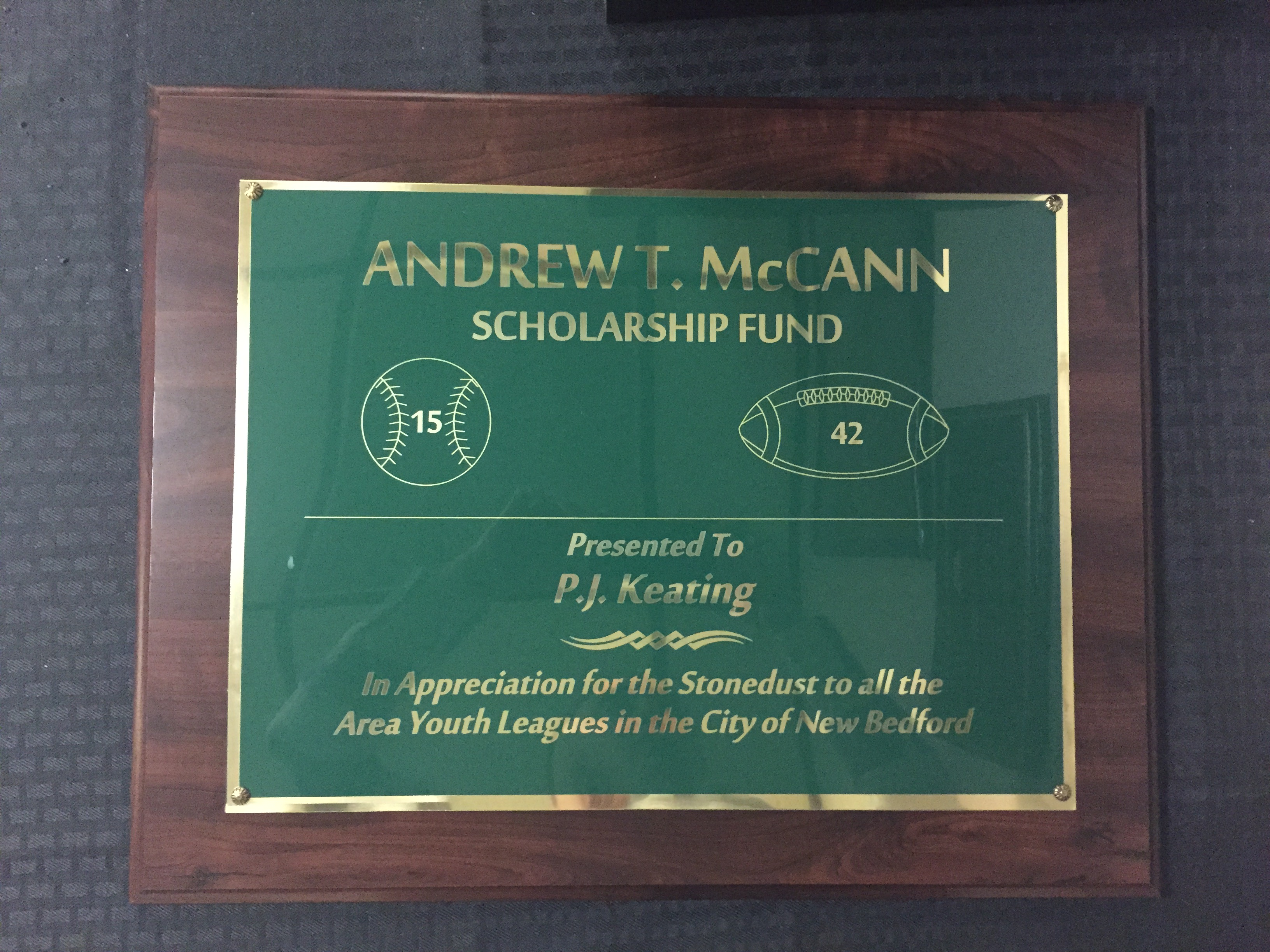 Today marks the first day for the May donation collections! The collection period for this month’s charity will be from today, Tuesday, May 3rd, 2016 until Tuesday, May 31st, 2016.
Both the Lunenburg/Dracut area and the Acushnet/Cranston area will be supporting the Global Learning Charter Public School (GLCPS) out of New Bedford, MA. GLCPS currently has 504 students enrolled from grades 5-12 and is in the process of attaining the school’s first ever library, the Baker Korn Library. The school is dependent on staff and community support to help get them up and running. GLCPS is accepting donations in several different forms: book donations, monetary donations, or through their Savers Donation Drive. The charity’s Savers Donation Drive will be collecting gently used clothes, shoes, jewelry, handbags, linens, and accessories and will receive a monetary compensation to purchase books to supply the school’s library based off of the total pounds of items donated. This month’s charity is a great way to give back while doing some spring cleaning! Any and all gently used items listed below are greatly appreciated and will help give students the opportunity and access to new reading materials and resources. For additional information or questions regarding this charity, please contact us or the charity directly via Heather Berkley: HBerkley@glcps.org.

Collection boxes are located in the main lobbies of both the Acushnet and Lunenburg offices. 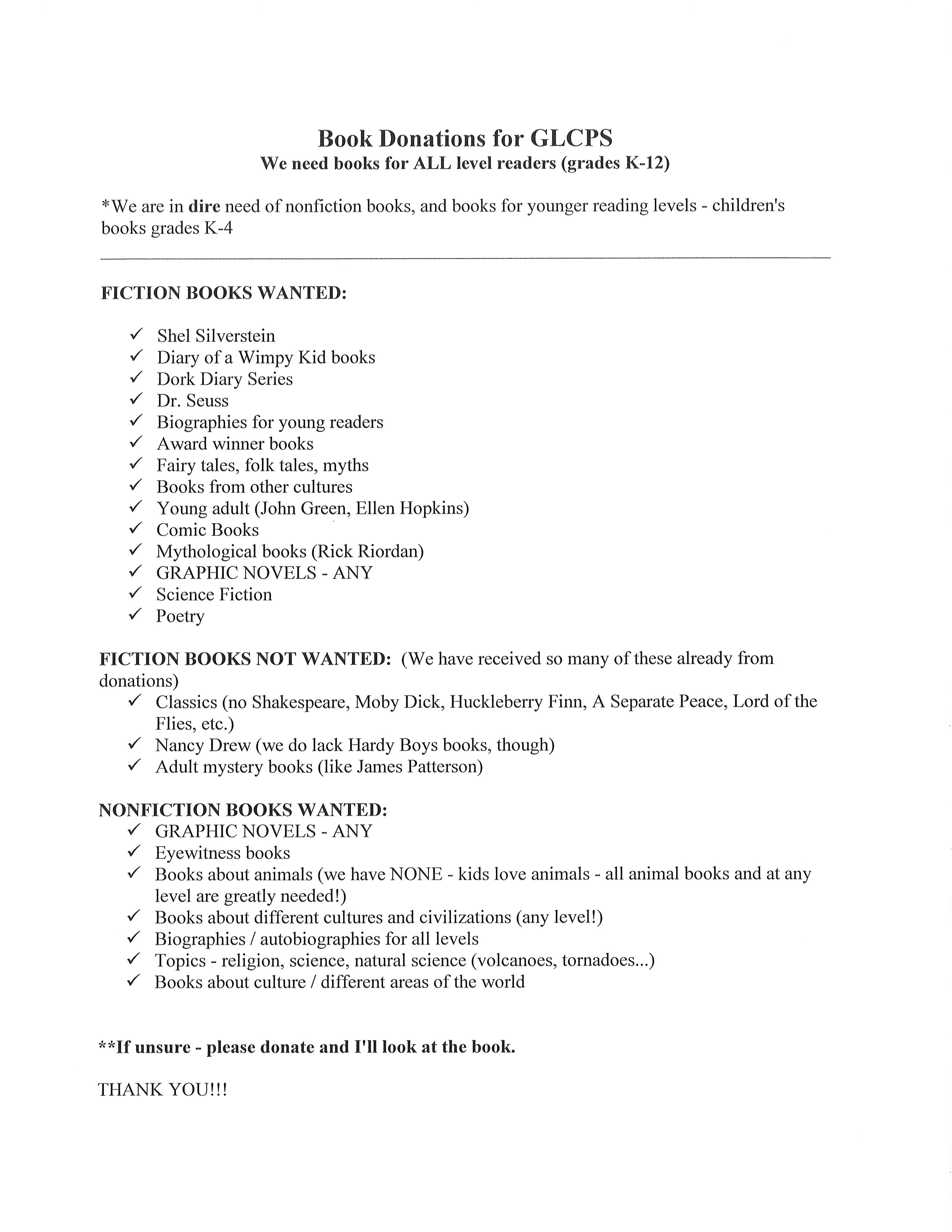 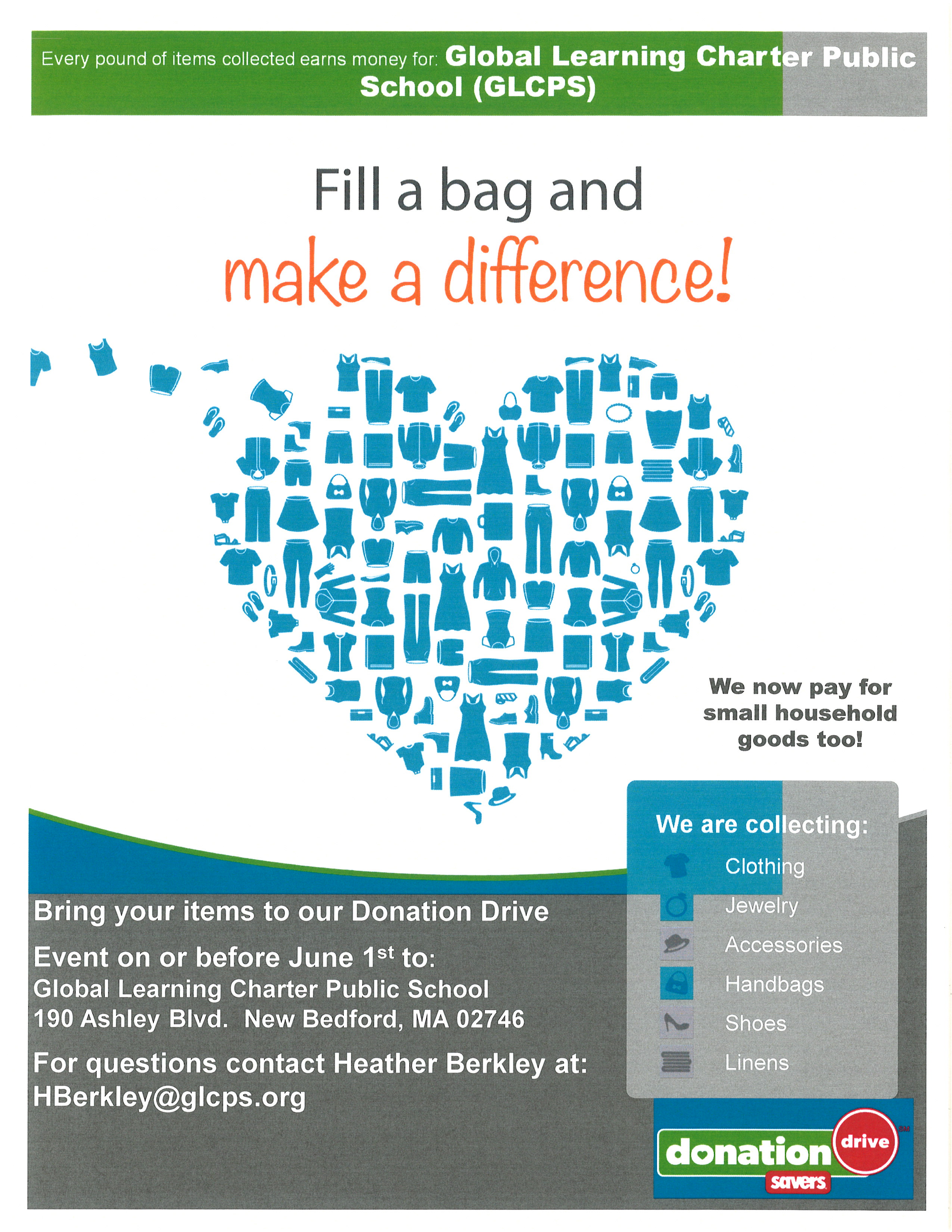 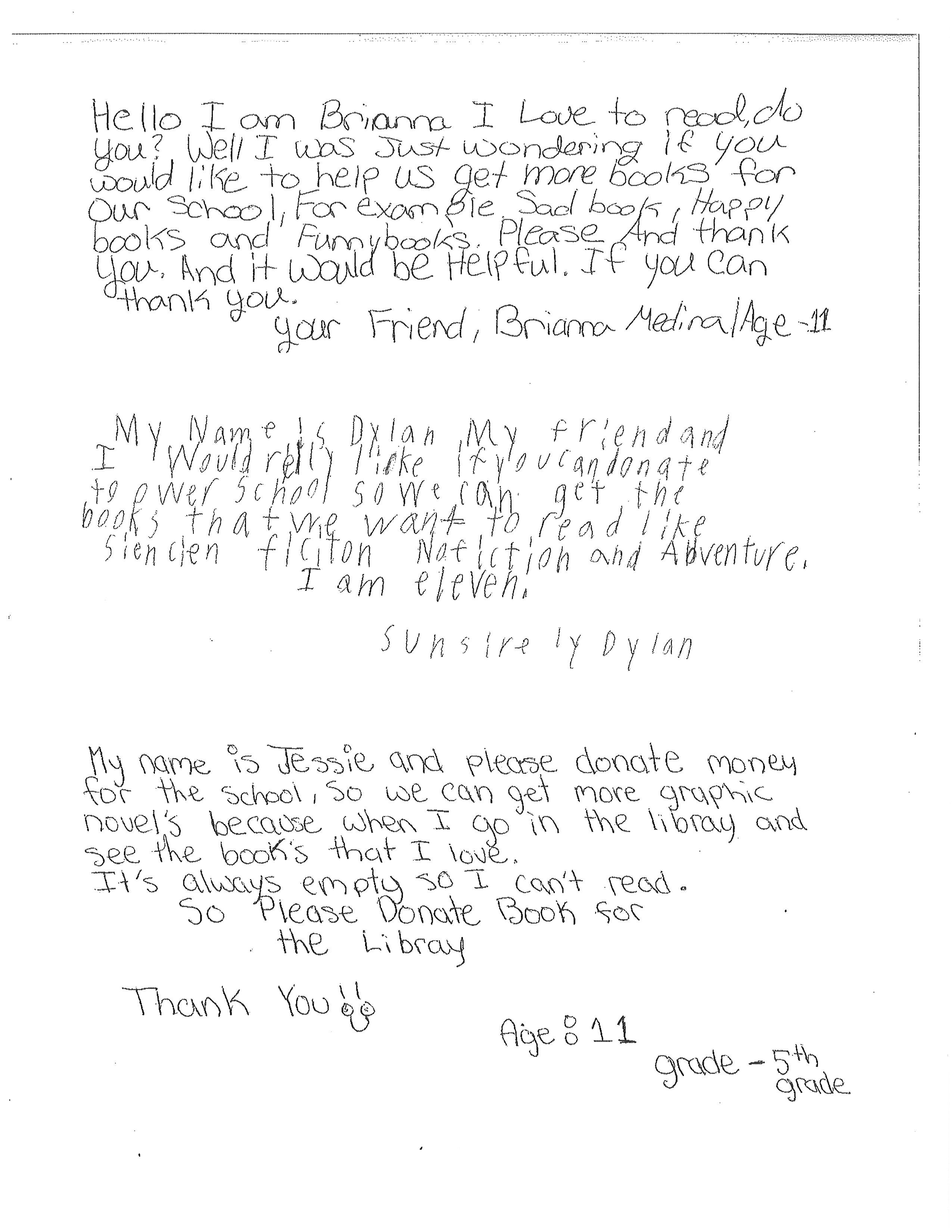 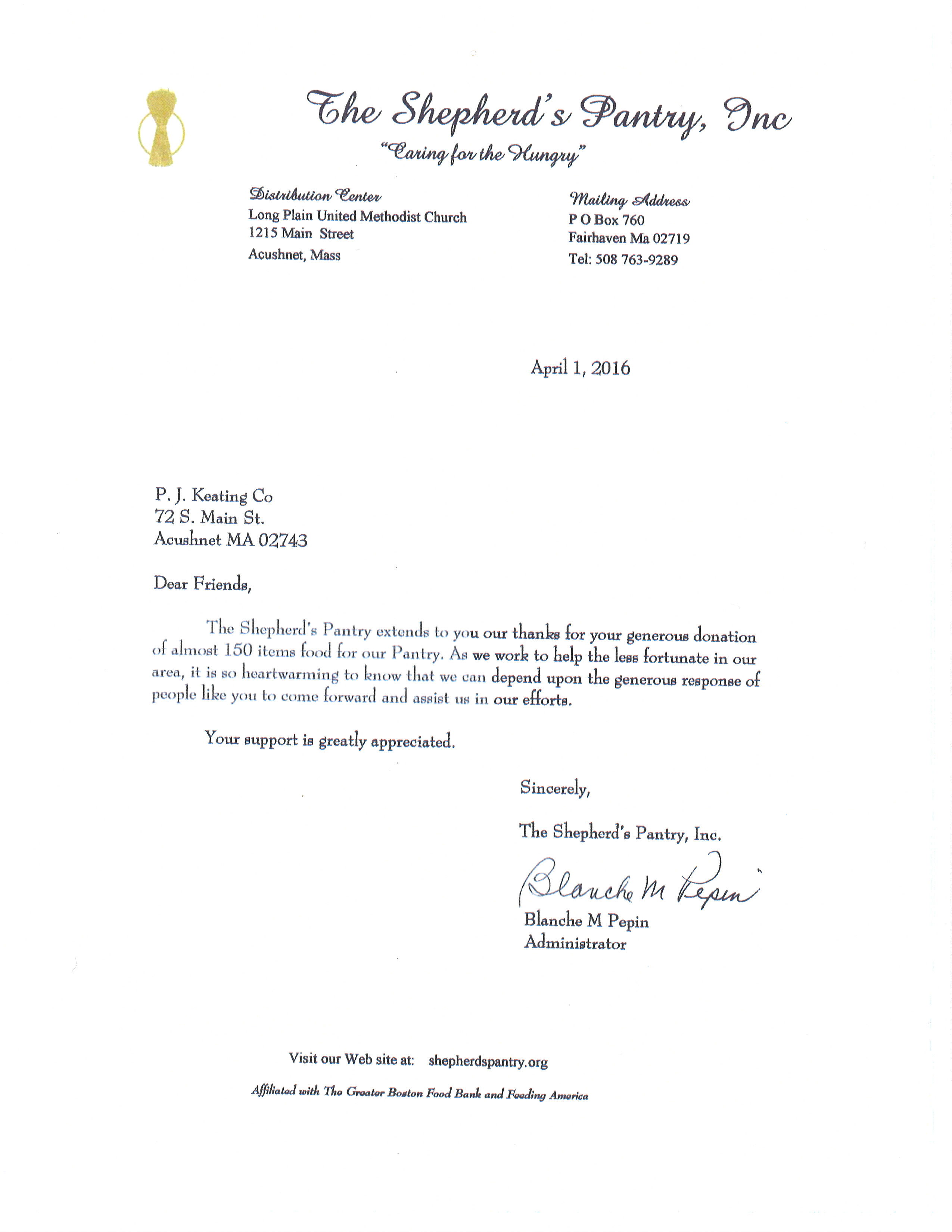 The March kick-off for the new PJK Donations program was a great success! Through internal employee donations and the exchange of a $100 company contribution to each charity, 146 items were donated to The Shepherd’s Pantry in Acushnet, MA (as well as a $20 internal donation) and 193 items are to be donated to The Loaves & Fishes Food Pantry in Devens, MA this upcoming Friday 4/8/16 during pantry hours. Thank you very much again to all who generously helped support these charities. The pantry staff and representatives were so delighted to receive so much help and support from such a large company. The donations program will be continuing throughout the month of April – the Lunenburg/Dracut area will be collecting donations for Why Me & Sherry’s House and the Acushnet/Cranston area will be collecting donations for the Veteran’s Transition House.

Congratulations to Brian Fitzgerald and Claudio Moco for receiving the November Safety Awards for their effort in painting guards and rails in the Acushnet asphalt plant. 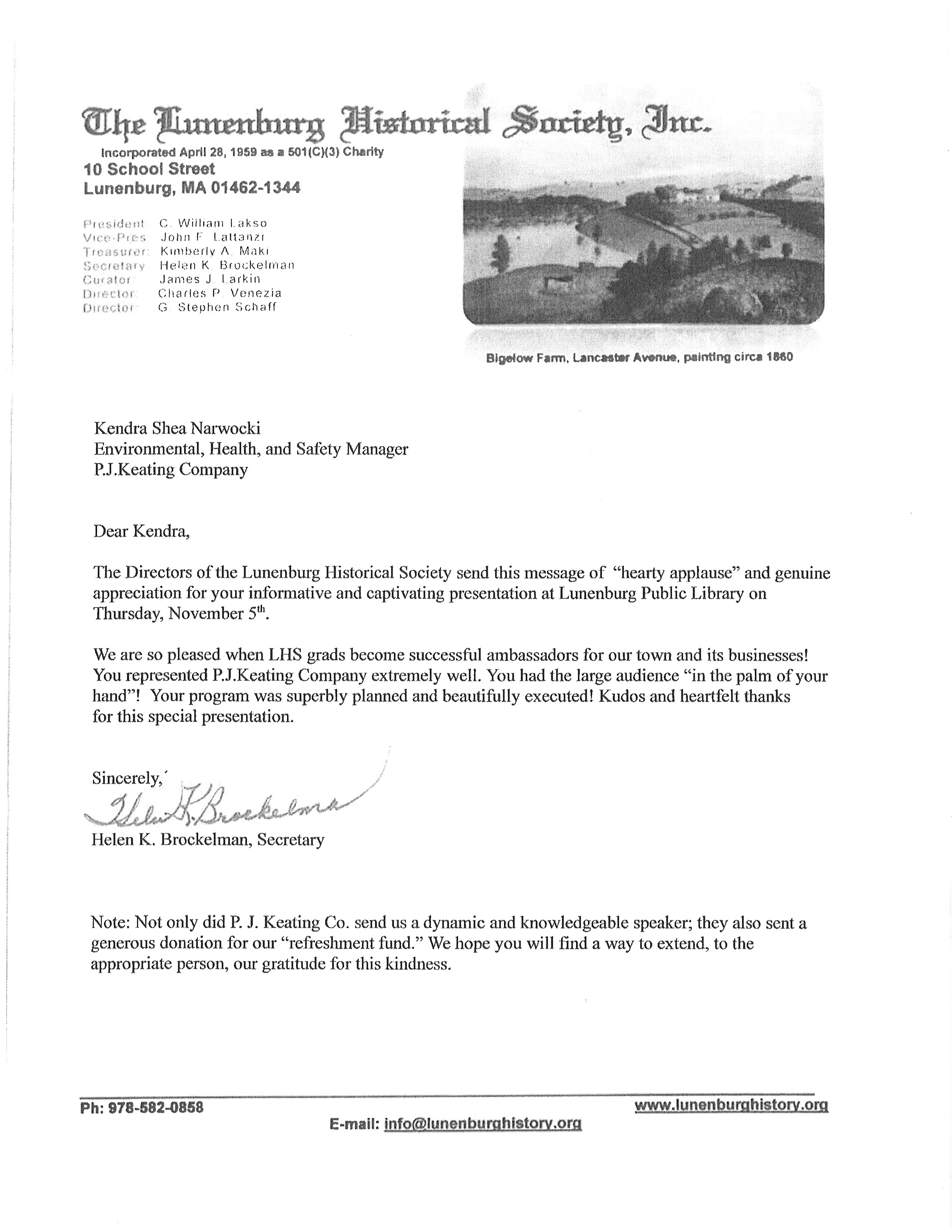 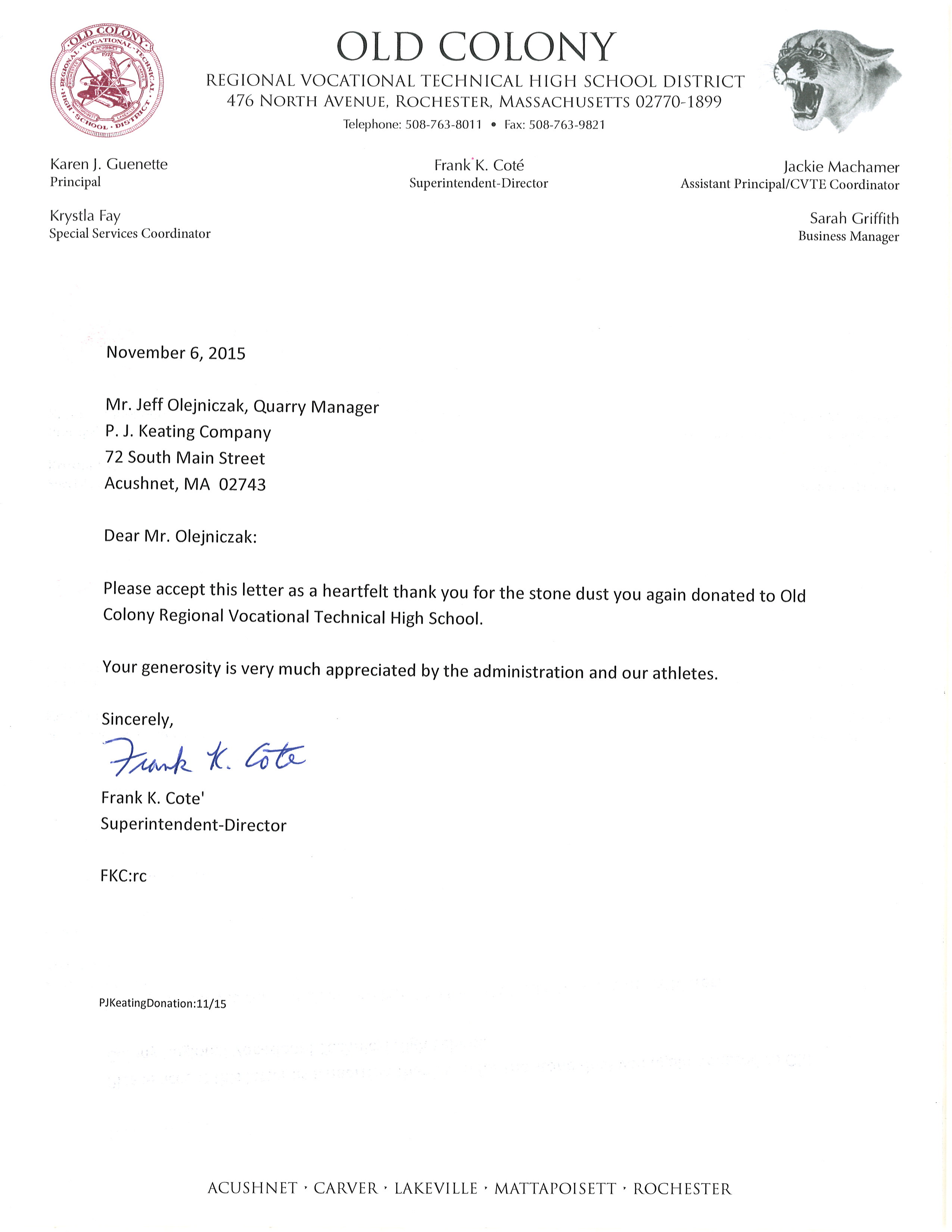